Online auctions proved a hit during the COVID-19

Online auction was different on last ANZAC Day in April with impressive private sale and auction results having agents noticing confidence creeping back into the Melbourne market. In Coburg North, a house at 2 Bernice Court sold for $898,000, above the reserve price of $58,000.

Chinese buyers are taking advantage of weak market conditions and Australia’s attractive medical performance as restrictions on the property sector begin to lift. Although border closures and government restrictions continue to pose obstacles to overseas buyers, inquiries remain strong. New figures show that while inquiries from buyers fell 14 per cent in the first quarter of this year, demand from overseas buyers has not fallen as much as from local buyers. Six weeks after the federal government-imposed restrictions on the housing market, the new states will lift their ban on public auctions and allow homes to open from the end of next week.

Georg Chmiel, executive chairman, expects overseas buyers to flood the market once travel restrictions are lifted. “There is still strong demand for Australian property from Chinese buyers, but they are having a harder time getting deals done than usual,” Mr Chimir said. “So far at least, Australia has managed to contain the outbreak and is more attractive to foreign buyers than ever before.” Chinese marketers are already using Australia’s good performance to persuade parents of children studying in the US and UK to consider Australia.” Real estate research firm CoreLogic reported the highest liquidation rate in six weeks at a weekend auction. Sales were 62.7 per cent in Sydney and slightly better in Melbourne at 63 per cent.

East coast capital cities remain popular, with luxury apartments attracting the most clicks, according to realestate.com.au. In the heart of Sydney, King&Phillip’s project attracted overseas attention, followed by Milsons Point’s view of the blue harbor. In Melbourne, the Bowen & Queens house in the city center and the Coburg group house in the inner suburbs are popular. Interest in the blue-chip suburbs of Perth is also growing because of the limited number of COVID-19 cases in the Western Australian capital. Ray White Dalkeith and Vivien Yap, Claremont’s lead brokers, said the location in Perth was attractive to buyers. “They do feel that we are closer to Asian countries,” she said. 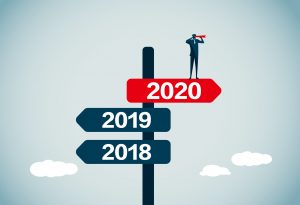 Welcomes possible plans by the government to abolish stamp duty

Ken Morrison, chief executive of the Australia Property Council of Australia, said he welcomed the government’s possible plans to scrap stamp duty. He called stamp duty “Australia’s least efficient and least popular tax”, but changing it to an annual tax could be complex and expensive for families. The change could also lead to a surge in the number of properties coming onto the market.

Sightstone continues to help our clients and investors over the gloomy days to maximize your wealth. Contact us for more.